Ticket sales for this event are closed. 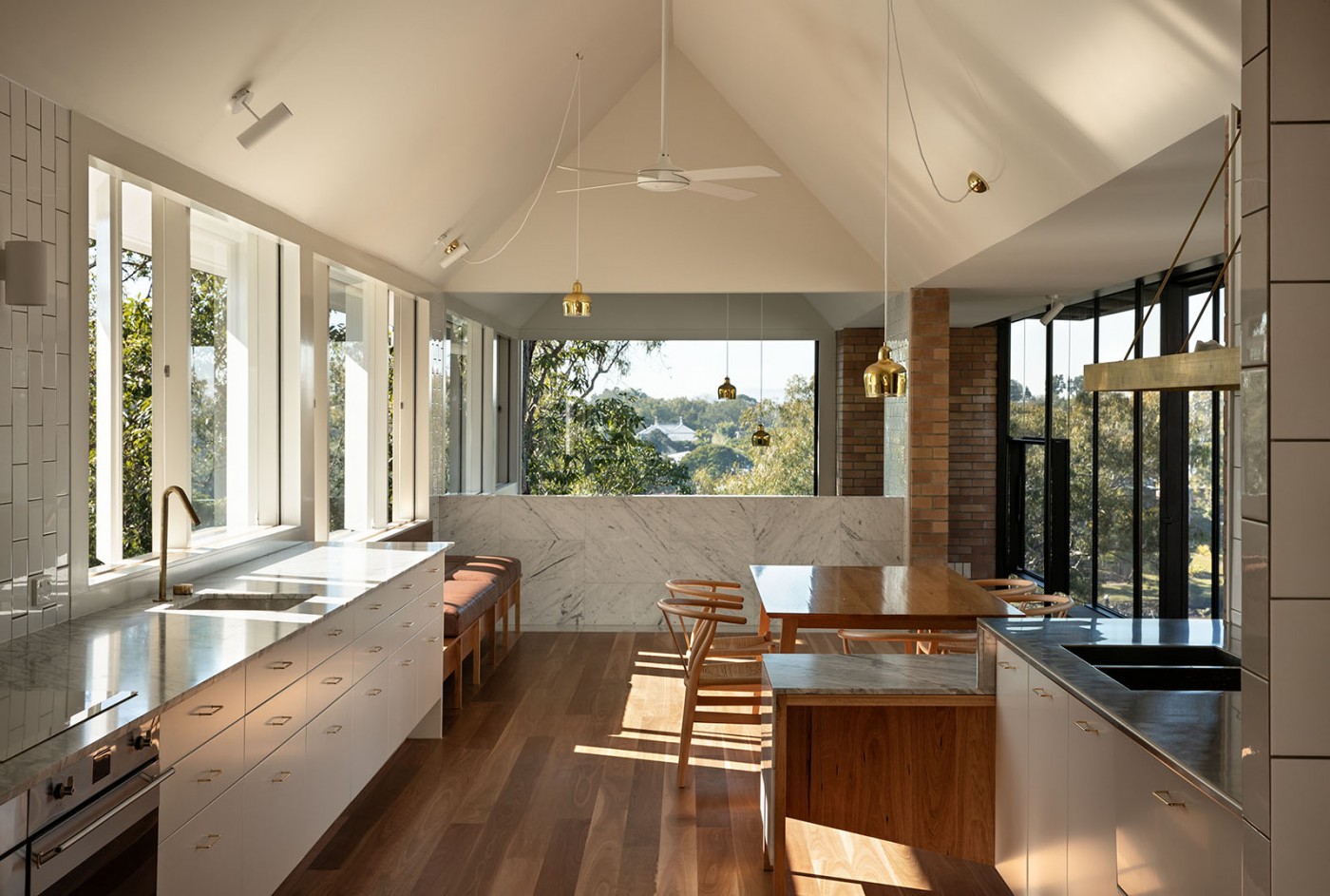 The design for Brisbane Riverbank House creates two large courtyards by placing a new living pavilion next to the existing 1930s house. The riverside courtyard is a family lawn and garden area that overlooks the Brisbane River and enables an inclusive and relaxed family environment. The street-side courtyard is a large entry court bounded by garages for the owner's collection of cars.

Dr Davin Lim is a cosmetic and laser dermatologist. He is an expert in laser management of acne scars, pigmentation and vascular conditions. Over the past decade Dr Lim has published in international journals and presented at international conferences and meetings with more than twenty credits to his name.

The Hush House is an adaptation of a two-bedroom Federation semi into a vibrant contemporary home for Kellie and her family. Set atop a ridge on a sliver of land in Sydney's east, a new volume made of waterstruck bricks crowned with a white steel lantern contains a series of single and double-height volumes for art, friends and family.

Kellie Hush is a fashion entrepreneur and journalist with more than twenty years’ experience in the Australian and international fashion industries. In April 2019 Kellie launched her fashion accessories brand The Way. Prior to The Way, Kellie was the editor-in-chief of Harper’s BAZAAR Australia.